Talent had 10 puppies and 8 of those thrived and are doing amazing things (rest in peace to 2 girls). These puppies were bold and brave and loud from the very beginning. They all love bashing loud toys against the floor and playing with metal food bowls. We're all so pleased with how they are turning out. 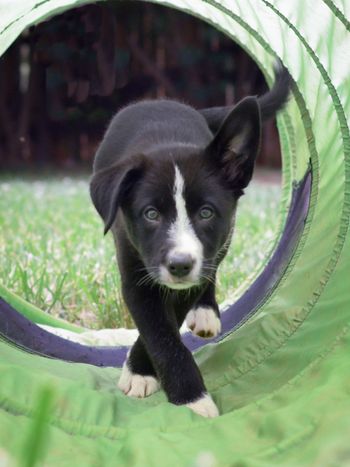 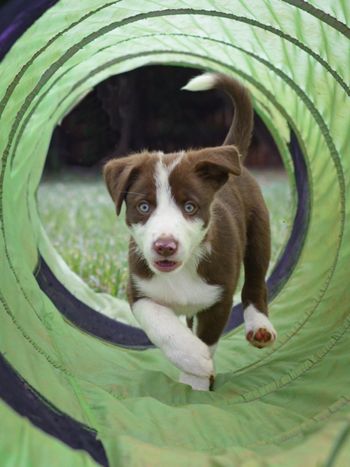 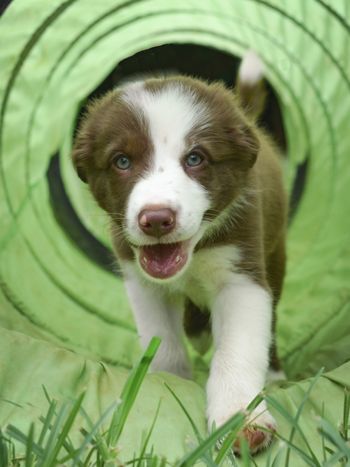 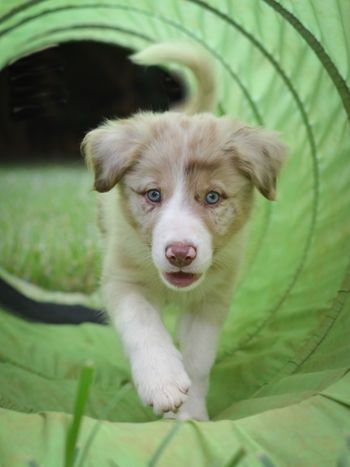 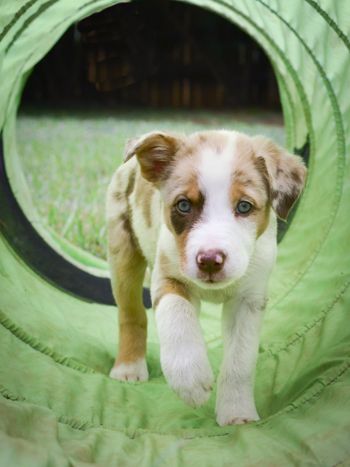 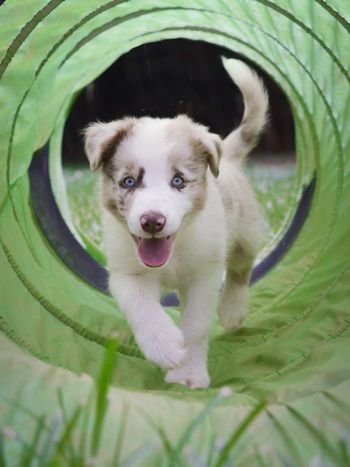 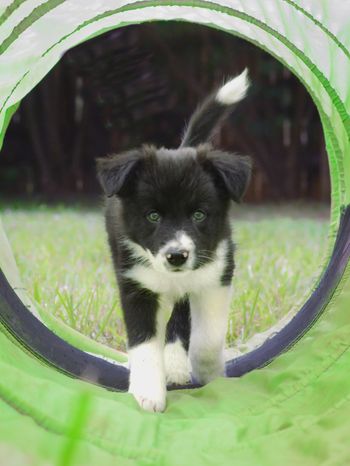 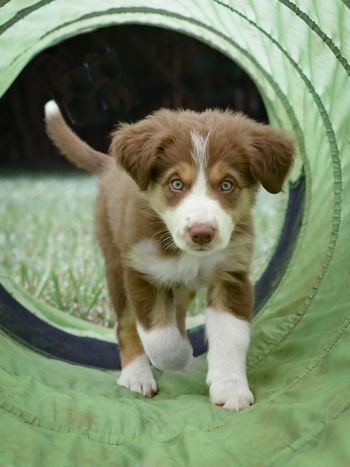 Puppy from this Litter 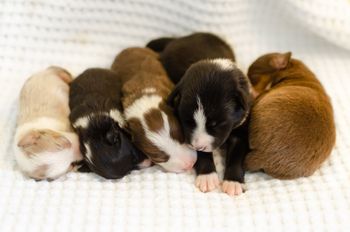 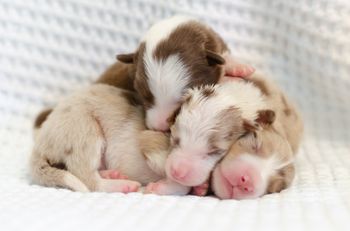 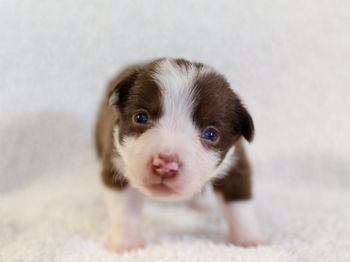 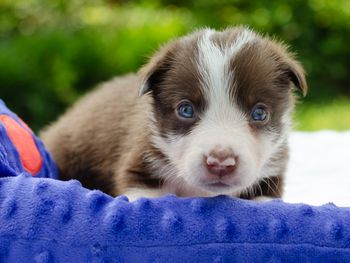 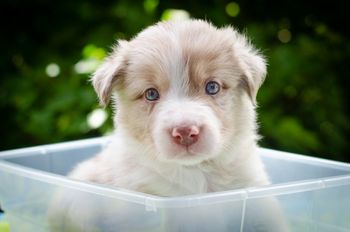 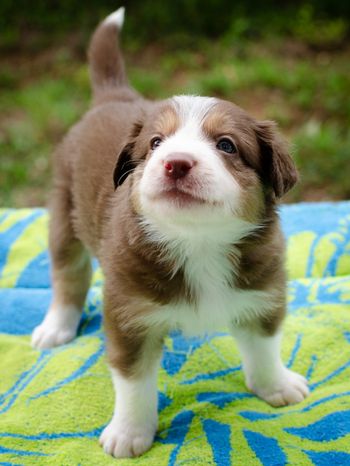 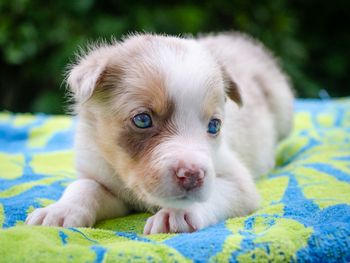 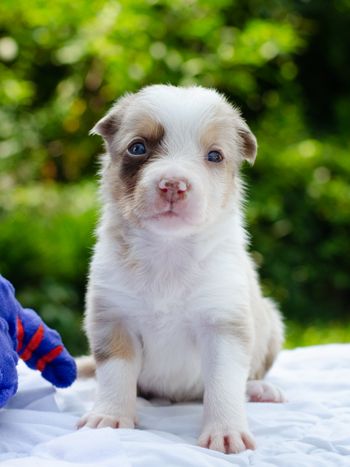 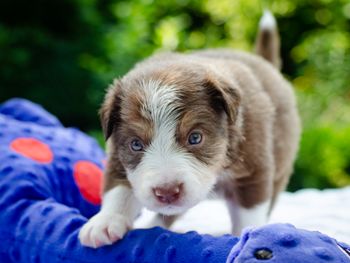 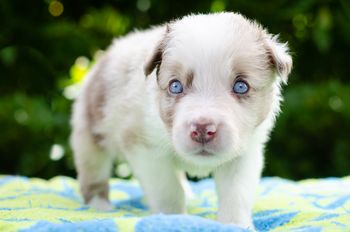 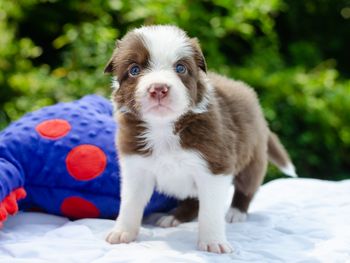 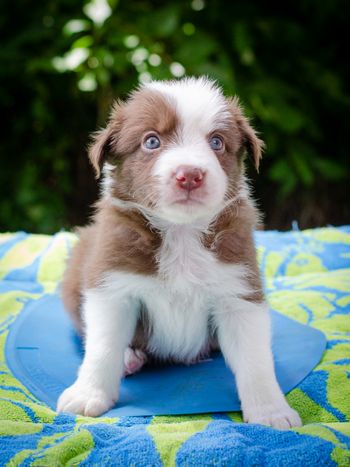 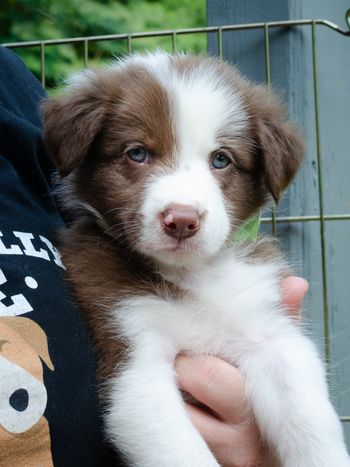 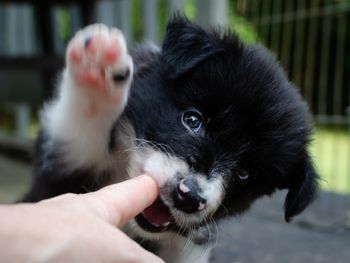 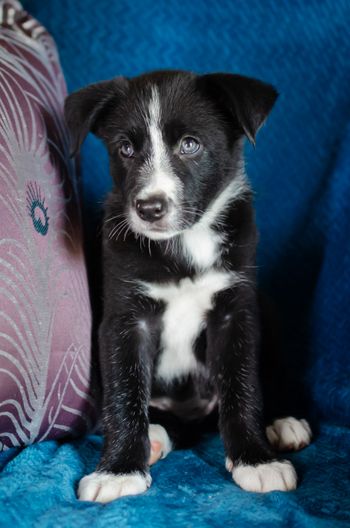 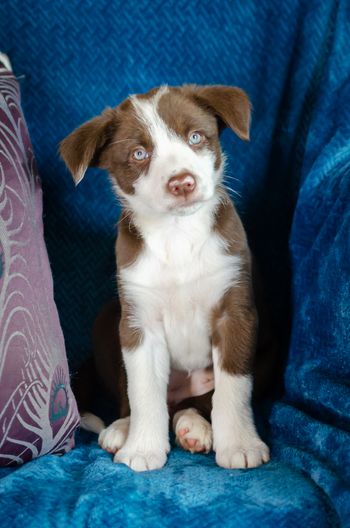 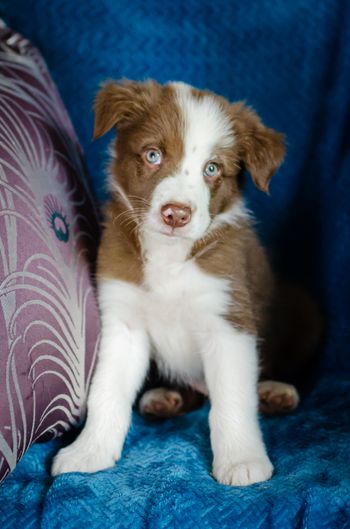 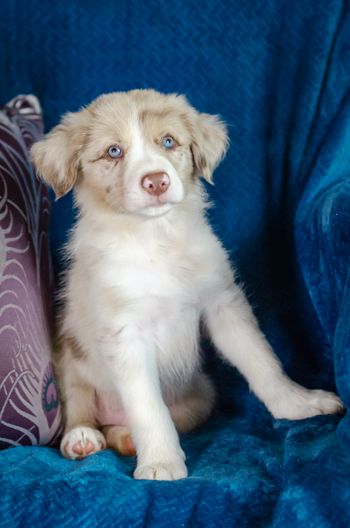 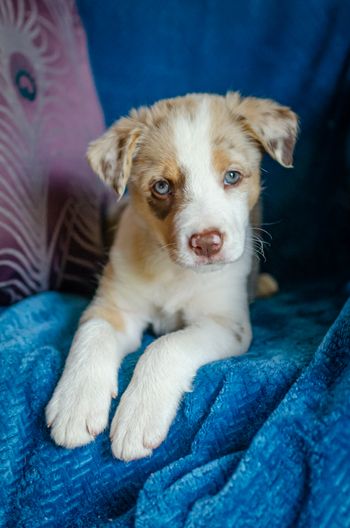 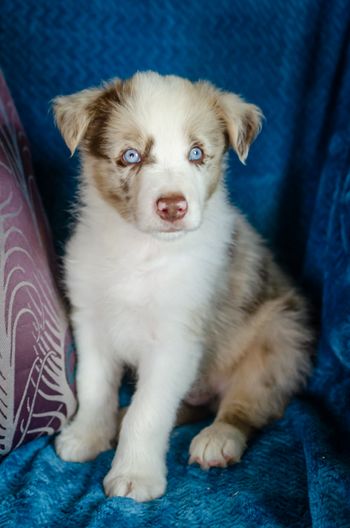 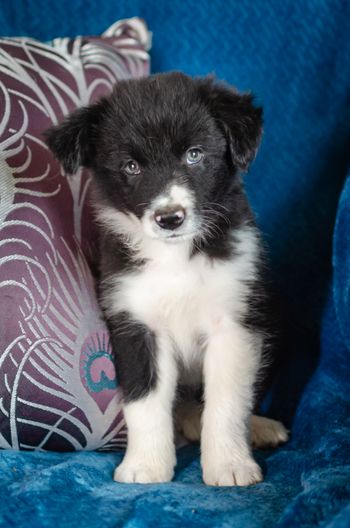 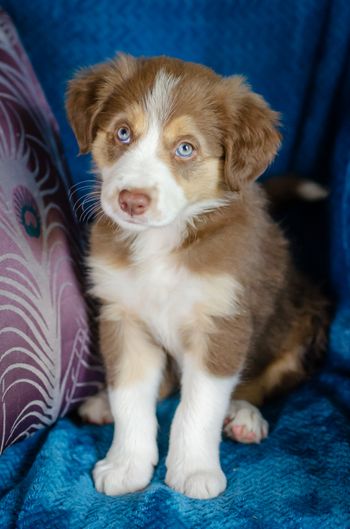 Talent was bred and we hope that there will be puppies born mid June. The sire for this litter will be the very amazing Sweep owned by Jamie Mitchell. Talent competes primarily in obedience, but has also tried her paw at agility, herding, dock diving and Fast CAT. She has proved to be, quite literally, talented at everything she does. Her temperament is outstanding and she has excellent food and toy drives. Tali is a very happy girl and a super little worker! Sweep is a very talented herding dog. He has family members who excel at a variety of sports including agility and herding.

Talent is out of a long line of amazing agility and herding dogs. Her uncles Jagger, Mach and Caper have been on many world teams for agility.  Her great uncle is Ripley who has produced amazing dogs such as Tawni Millet's Jolt. Her great grandma Rio was a very accomplished agility dog and was on the Canadian world team repeatedly.

Sweep placed 3rd in the USBCHA Nursey National Finals and also made the Open Finals. He is an open trial winner dog and is also a reserve on the United States world trial team. Susan Garrett's recent litter and new puppy is out of Sweep's half brother, the famous Kinloch Levi. Levi has amazing puppies who are doing big things in agility all over the world. Sweep's mother was a great herding dog in her own right. She has produced amazing dogs such as Kemi Mike who are doing big things in agility in Austria and Europe.

Sweep's father Pentybryn Sweep line has consistently produced extremely athletic, but equally biddable and well tempered. Sweep is also a 1/2 brother to the famous Ross Games Roy, who had been an extremely working dog, but also very impressive stud dog. Sweep has been described to me as a once in a lifetime dog who is very biddable and gets along with everyone from kids to puppies. He is nicely balanced between soft and hard. He bounces back after a correction and doesn't get frustrated while working. Sweep's puppies are high drive, level headed, even tempered, and they are fantastic working dogs.

Talent is OFA Excellent, Elbows and Shoulders Normal and BAER Normal. She is clear for all genetic diseases (EAOD test pending). Sweep is also OFA Excellent. He is a CEA/Ch carrier. Since Tali is clear, no affected puppies can be produced. She is 20″ and 36 lbs. Sweep is 21″ and 48 lbs.

To give the puppies the absolute best start in life, we will be doing Early Scent introduction, Early Neurologic Stimulation, Puppy Culture (including early crate training, resource guarding prevention, and socialization). We are also really excited to do early clicker training and puppy challenges such as obstacle courses.

We expect puppies that will have happy go lucky and very friendly personalities. Both parents have great off switches, no noise sensitivities, great food drive and are nicely toy driven.

We expect a large litter of amazing puppies who will excel in any venue!  Contact us to see if you would be a good fit for one of these puppies.